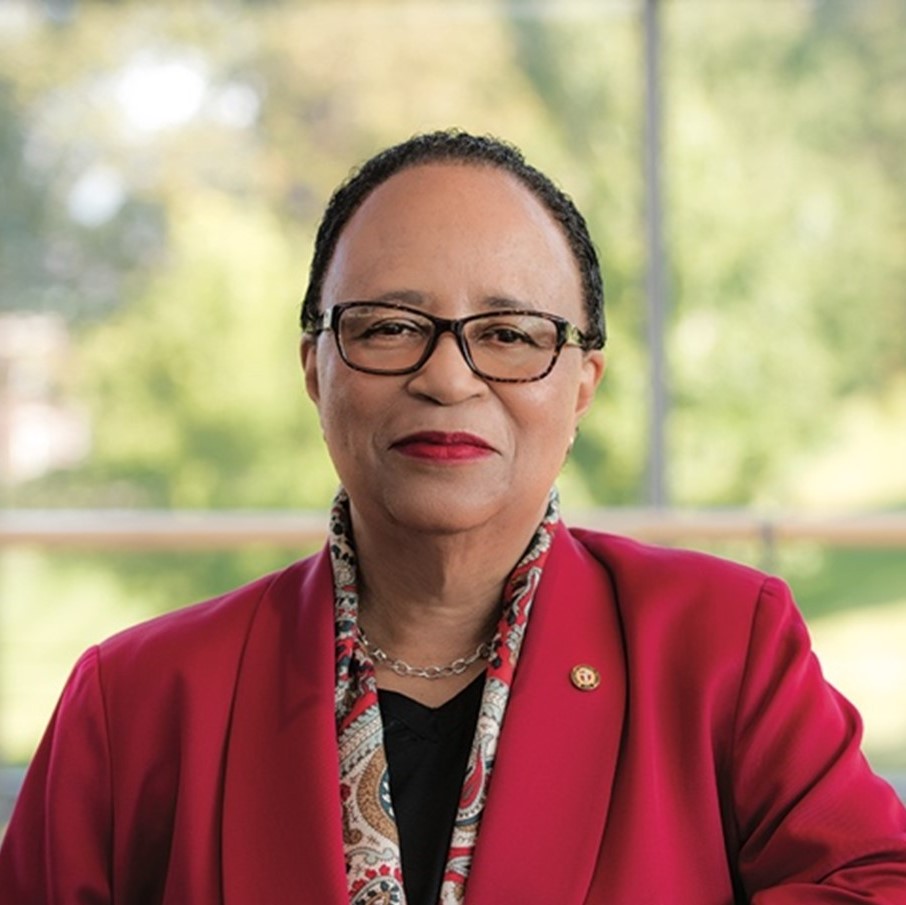 Dr. Shirley Anne Jackson, President of Rensselaer Polytechnic Institute, was honored as the Metro-Washington Chapter’s 2022 Eagle Awardee.  Her commitment to scientific research and her leadership accomplishments throughout her career is very impressive.  The scholars were very motivated by the guidance she provided during her acceptance speech.  The comments she addressed to the ARCS Metro Washington Chapter inspire us to continue our commitment to the advancement of science:

" It has been so heartening, looking over the list of outstanding scholars awarded support by the ARCS Metro Washington Chapter - to consider the fascinating research they are engaged in - and to see that among them are women and men pursuing doctorates in physics, computer science, and engineering.  Helping young people live up to their full potential is the most important work in the world.  That has been the focus of my career for the past 23 years.  I am deeply honored to be recognized by an organization entirely focused on this work, the ARCs Foundation's Metropolitan Washington Chapter"...Dr. Shirley A. Jackson, President RPI, ARCS MWC Eagle Awardee, May 7, 2022. 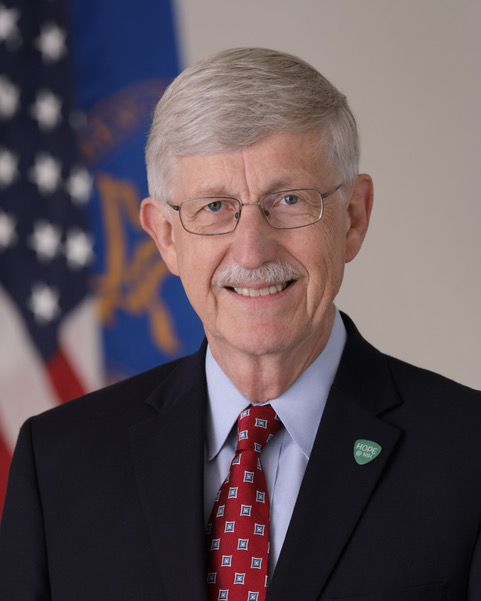 On February 24, 2021, in an event co-hosted with Georgetown University, ARCS Metro-Washington Chapter presented to Dr. Francis S. Collins, Director of the National Institutes of Health (NIH) the Eagle Award.  This award is presented to highly distinguished leaders in science, engineering, and technological advancement.

Dr. Collins is a physician-geneticist and director of NIH since 2009.  He oversees the work of the largest spectrum of biomedical research in the world from basic to clinical research. Dr. Collins also led the international Human Genome Project, which culminated in April 2003 with the completion of a finished sequence of the human DNA instruction book.

“I am truly grateful to ARCS and the Metro Washington Chapter for naming me as the Annual Eagle Award recipient,” said Dr. Collins. “I am even more grateful to ARCS MWC and the entire ARCS Foundation for your continued support to gifted young researchers in STEM over the decades.  The contributions your scholars have made to science and society are beyond measure and I am delighted you are pushing this forward even more vigorously today.”

According to Elli Nesbitt, Co-President of ARCS MWC, “Dr. Collins embodies the core values of ARCS in his unrelenting quest to improve the human condition and is an important role model to our chapter’s scholars.”

Susan Trice, Co-President of ARCS MWC, says, “Dr. Collins has had an amazing career as a scientist. Our country, and indeed the world, owes him gratitude for his leadership in the Human Genome Project. Our country is also thankful for his superb leadership of the NIH and the essential work done there to eradicate disease and – especially this year – the extreme efforts to accelerate research on treatments for COVID-19.”

On Friday, April 27, the ARCS Foundation, Metropolitan Washington Chapter (MWC) celebrated its 50th anniversary and recognized Charles O. Holliday, Jr. Chairman of Royal Dutch Shell, for his contributions to advancing science in our nation.  This dinner event was part of the ARCS Foundation, All Member Conference (AMC), "Scientific Innovations for the Next Generation," held April 25 - 28 at the historic Willard Hotel.  At a time, when it is more urgent than ever for citizens to support the work of scientist, MWC honored its 2018 Eagle Awardee and highlighted the hisotry and accomplishments of this chapters on its 50th anniversary. 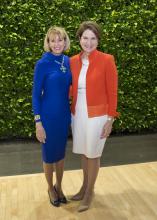 2017 Eagle Award presented to local leaders for STEM education.  Dr. Marcia McNutt, President of the National Academy of Sciences, was recognized for her achievements spanning a diverse career in the public sector and academia. She previously served as the director of the US Geological Survey, overseeing estimation of the flow rate of the Deepwater Horizon oil spill, the CEO of the Monterey Bay Aquarium Research Institute, and has held leadership and faculty positions at top institutions including MIT and Stanford.

Marillyn Hewson, Chairman, President and CEO of Lockheed Martin, was recognized for her championship of STEM-related causes and for the company’s philanthropic support to many non-profit STEM outreach programs, included in the ARCS Scholars program. In her role, she leads a company of 97,000 employees whose mission is to solve complex challenges, advance scientific discovery and deliver innovative solutions to help their customers keep citizens safe.

During their annual spring meeting, ARCS-MWC leaders highlighted how the public and private sectors complement each other’s actions to advance progress in the United States, especially during today’s increasingly budget-conscience times. Each honoree shared their perspective on the importance of helping young people pursue STEM careers and the ARCS Foundation’s role in that responsibility.

“Living on a finite planet, with a growing population, we owe our quality of life to advances in science and technology and to the brilliant researchers who devoted their careers to the pursuit of a more promising tomorrow,” said Dr. McNutt. “I am grateful to the ARCS Foundation for all they do to inspire the next generation of STEM leaders and to the MWC chapter for this great honor.”

“Today, our partnership with ARCS is more important than ever,” said Ms. Hewson. “Nothing opens up individual opportunity more than a career in science, technology, engineering, and math. You are changing lives and building a brighter future for all.” 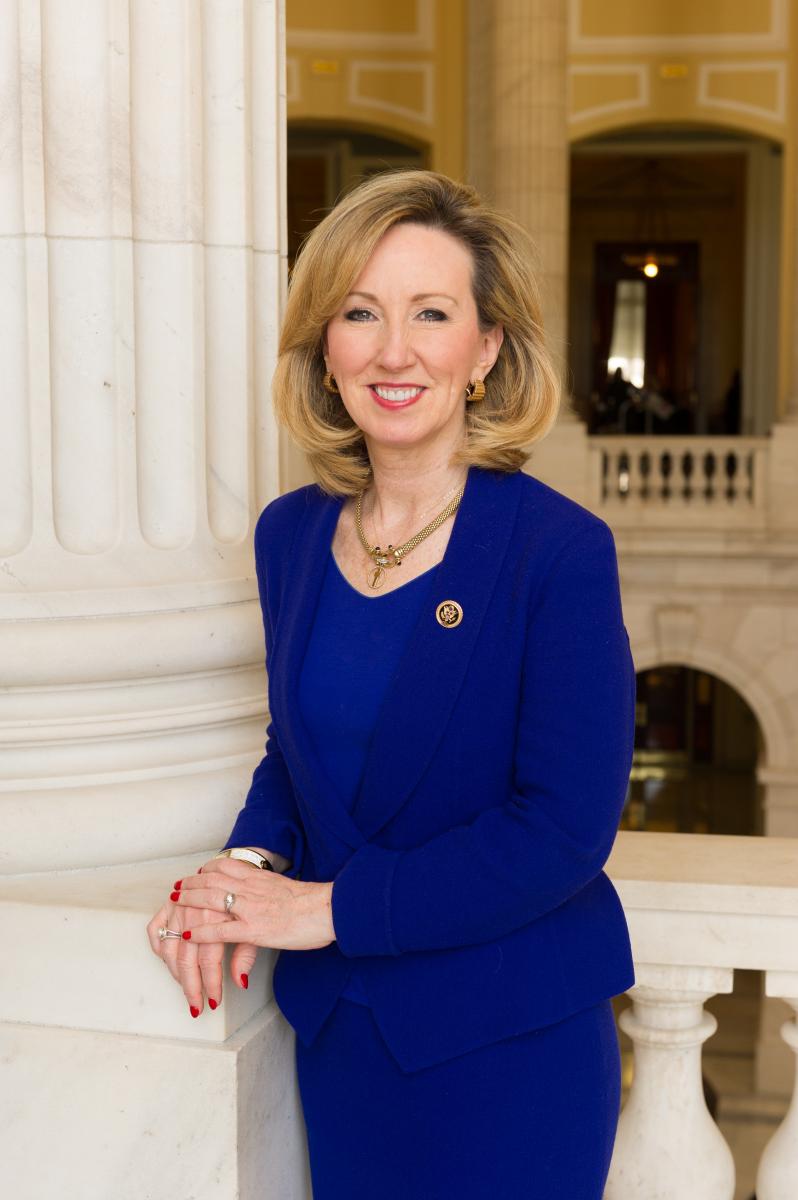 Congresswoman Barbara Comstock (VA-10), a strong supporter of STEM education, was awarded ARCS Metropolitan Washington Chapter’s (MWC) 2016 Eagle Award on April 19, 2016. Currently, Chairwoman of the Subcommittee on Research and Technology of the Science, Space, and Technology Committee, she continues the leadership role she demonstrated as Chairwoman of the Science and Technology Committee of the Virginia House of Delegates. She also introduced the INSPIRE Women Act (H.R. 4755) which passed in March 2016. The act promotes expanded use of NASA programs to promote STEM education for women and girls to advance the future competitiveness of U.S. science and space exploration. In 2013, she founded “The Young Women’s Leadership Program.” High school and junior high school students learn from women role models throughout the Washington, D.C., region, including on Capitol Hill. Congresswoman Comstock is also the daughter of long-time MWC member, Sally Burns.

Congresswoman Comstock says “I am honored to receive the ARCS Foundation’s Eagle Award for advocating for STEM education and STEM jobs.  In order to have a vibrant economy that provides opportunity and prosperity for all we must be the leader in STEM fields. ARCS scholarships provide essential support in creating opportunities to a career path for those who desire to find the next cure for a disease or create the next technological advance that will change the world. 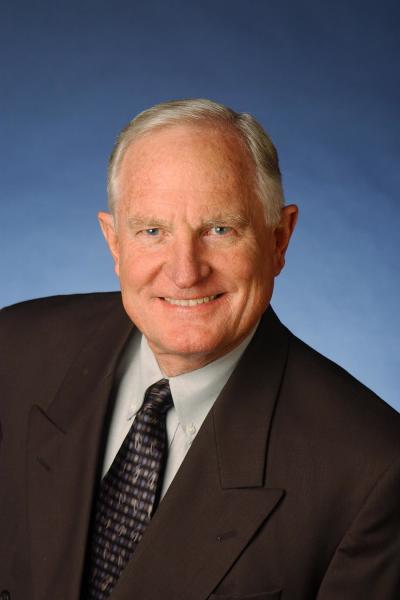 Craig Barrett received BS, MS and Ph.D. degrees in Materials Science from Stanford.  He was a Fulbright Fellow at Danish Technical University and a NATO Postdoctoral Fellow at the National Physical Laboratory in England.  Dr. Barrett joined Intel in 1974, was promoted to president in 1997, CEO in 1998, and chairman in 2005, a post held until he retired in 2009.

Dr. Barrett is a leading advocate for improving education and for raising awareness of the value of technology in elevating social and economic standards globally.  He chairs Change The Equation (a national education science, technology, engineering, math [STEM] coalition), BASIS Schools, Arizona Ready Education Council, STAND for Children Arizona, Skolkovo Foundation Council, National Forest Foundation; co-chairs the Lawrence Berkeley National Laboratory Advisory Board; vice chairs Science Foundation Arizona; and serves on the Boards of Achieve, Society for Science and the Public, K12, Arizona Commerce Authority, Carnegie Institution for Science, Geothermic Solution, Impele, Tallwave, Team4Tech, and the Peterson G. Peterson Foundation.  Dr. Barrett is on the faculty of the Thunderbird School of Global Management and is Chairman of the Irish Technology Leadership Group.  Previously, Dr. Barrett chaired the National Academy of Engineering, the UN Global Alliance for Information and Communication Technologies and Development, the Business Coalition for Student Achievement, the National Innovation Initiative Leadership Council, and served as a member of the Board of Trustees for the U.S. Council for International Business and the Clinton Global Initiative Education Advisory Board. 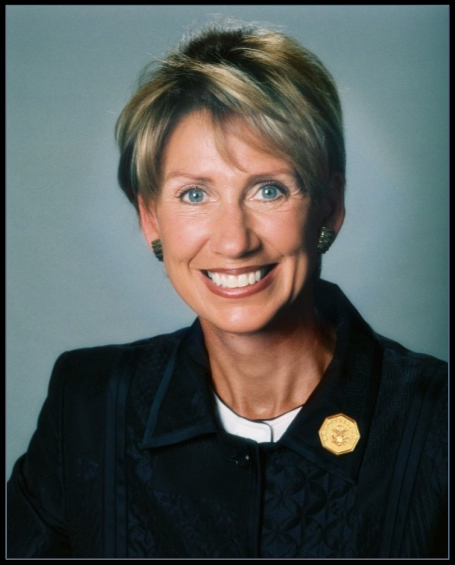 Previously, she was Interim President of Thunderbird School of Global Management, U.S. Ambassador to Finland, a Teaching Fellow at Harvard, CEO of the American Management Association, a partner in a large Phoenix law firm, an executive at two Fortune 500 companies, and a member of the boards of Raytheon, Exponent, Piper Aircraft, Space Foundation, Hershey Trust and Mayo Clinic. She was Senior Advisor to the U.S. Mission to the United Nations, Deputy Administrator of the Federal Aviation Administration and Vice Chairman of the Civil Aeronautics Board.

Barbara earned her bachelor, masters and law degrees at Arizona State University and honorary doctorates from six American universities.  She received the highest awards given to civilians from the Office of the Secretary of Defense and the Federal Aviation Administration.

An instrument-rated pilot, Barbara trained at the Gagarin Cosmonaut Training Center in Star City, Russia, and Baikonur Cosmodrome in Kazakhstan, culminating in certification as an astronaut.

Barbara and her husband, Craig, live in Arizona and own Triple Creek Guest Ranch, ranked one of the top hotels in the world.

The Metropolitan Washington Chapter annually bestows the Eagle Award to individuals whose efforts and interests have supported the mission of the ARCS Foundation in our community. This award has been bestowed since 1985 and is presented each year at our Spring Gala.