John Hickey was one of five Johns Hopkins University (JHU) engineering students were recently named Siebel Scholars for 2019.  This annual award recognizes nearly 100 of the top graduate students from universities across the nation who are studying in the fields of business, bioengineering, computer science, and energy science.

The JHU newsletter stated that "Hickey, a PhD candidate at in the Department of Biomedical Engineering, has received numerous awards, including $20,000 from the Johns Hopkins Idea Lab competition to implement public health campaigns in Baltimore and a $25,000 grant to assist teams in commercializing their research. He is vice president of the nonprofit MEP and created the mobile app T-crunchto increase student feedback in academic classes. He has received NIH, NSF, and ARCS Foundation, Metro Washington Chapteraward to engineer biomaterial artificial lymph nodes and cells for immunotherapy.

Passionate about teaching and community outreach, Hickey has taught at Towson University and at Johns Hopkins, where he created and taught three undergraduate and master's-level immunoengineering courses and served as a teaching-as-research fellow. He mentored 12 students, and together they produced eight publications and 31 presentations with multiple research awards.

Perrin Falkner, University of Virginia, ARCS MWC Clark Construction Undergraduate Scholar presented a poster on her work in sustainability. Perrin Falkner's on sustainability in public infrastructure at the American Society of Civil Engineering in partnership with the World Bank. Through the Policy Internship Program (PIP) at the University of Virginia School of Engineering and Applied Science (SEAS), Perrin was selected to work as one of the science and technology policy interns at the American Society of Civil Engineers (ASCE), the National Institute of Building Sciences (NIBS), the Department of Energyís Advanced Manufacturing Office (AMO), and  the National Rural Electric Cooperative (NRECA) last year.

The fellowship will provide Erika with access to cutting-edge science and engineering research taking place in the UK, as well as the opportunity to collaborate and learn from experts in her field. We are very excited for Erika and the opportunities this fellowship presents for her future as a young investigator and scholar.

Omid Rahmanian, a first year ARCS Scholar from the University of Maryland for the 2013-14 academic year, has received exceptional recognition from the university.  Within the field of Physical Sciences, he was awarded the 2012 University of Maryland Invention of the Year.  This competition, which celebrated its 26th year of such awards, is hosted by the Clark School of Engineering and is judged by an independent panel of experts; recognition is focused for key inventions in the fields of Information, Life and Physical Sciences.  For the 2012 competition, there were over 150 submissions.

The invention sponsored by Omid Rahmanian is a means to allow rapid and inexpensive proto-typing of micro fluidic devices.  For more information on this research ("Method for Fabricating Plastic Microfluidic Devices by Selective Solvent Swelling").
Please visit the news link at:
Omid Rahmanian honored at the UMD Invention of the Year Award
MML researchers develop microscale technologies for applications

The Student Chapter of The Electrochemical Society (ECS) at the University of Maryland, co-founded by 2nd Year ARCS Scholar/Lockheed Martin Scholar, Colin Gore, recently won the highest honor that ECS gives to a student group.  This award for "Outstanding Student Chapter" was a significant recognition for the multiple activities and corporate/scientific interfaces achieved by this organization.  This was particularly notable since this was the first year of activities for the Chapter on the UMD campus.  Colin Gore currently is President of the Chapter. 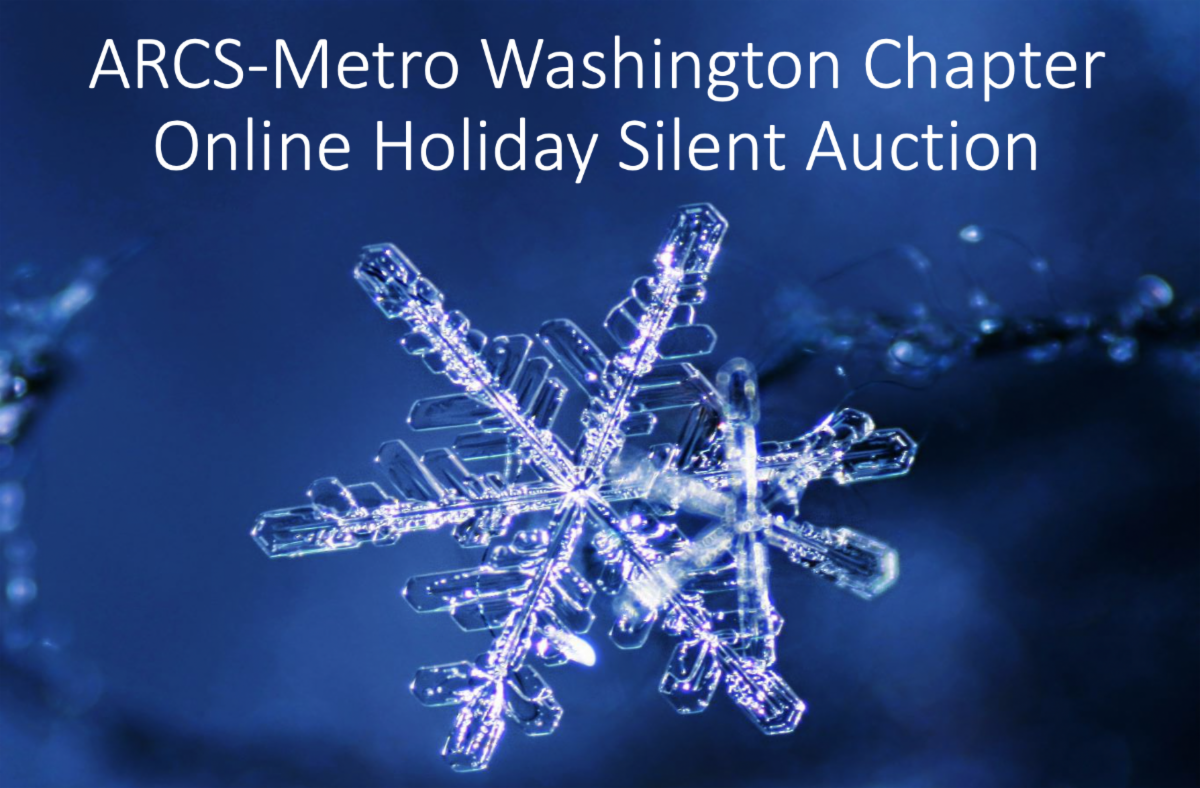 The ARCS Metro Washington Chapter is hosting an amazing Silent Auction! All of our traditional events have been cancelled but this is a great opportunity to have some fun supporting our cause online. Please share this auction with your friends and family and bid bid bid to help support our scholars!

We are also accepting donations to our FUND A SCHOLAR drive. Click HERE to Fund a Scholar. 100% of this donation goes to support our scholars.  If interested in providing Corporate Support, please email us at: mwcdevelopment@arcsfoundation.org

ARCS® Foundation is a nationally recognized nonprofit 501(c)(3) organization started and run entirely by women who boost American leadership and aid advancement in science and technology. To address the country's need for new scientists and engineers, we provide unrestricted funding to help the country's brightest graduate and undergraduate students create new knowledge and innovative technologies. The Metro Washington Chapter has been active for over 50 years and supports the following universities: Johns Hopkins University, University of Maryland, Georgetown University, George Washington University and University of Virginia. Click HERE to learn more about ARCS/MWC.