When one thinks of Marlene Bekey, a member of the ARCS Foundation Metro Washington Chapter (MWC) since 2005, many words come to mind: long-serving, financial whiz, a bright smile, modest, upbeat, caring, and an ARCS Light! Marlene exemplifies all of that but also much more! A major supporter of the ARCS/MWC mission, Marlene was sponsored by Lana Yarymovych and Karen Meyers, having first learned about ARCS by asking Lana about the MWC President’s necklace she was wearing. Marlene’s strong bookkeeping skills led to her being tapped to be MWC’s Treasurer and Assistant Treasurer multiple times over the years. Marlene treasures her MWC friendships and always has positive words of encouragement for all of us! One MWC member, echoing all of the attributes mentioned above, adds that she loves that Marlene always signs her emails with “hugs”!

But Marlene has a storied history besides ARCS. While living in Los Angeles, she and her husband Ivan were friends with Kenneth Johnson, who has directed several TV shows based on science fiction including “The Six Million Dollar Man.” One day, Marlene and Ivan received calls from friends about the TV show! Unbeknownst to them, Ken had created two geologists with their full names, later telling the couple that he saw them as scientists. Marlene was also personal assistant to Everett Alvarez, Jr., one of the longest-held U.S. POWs and the husband of MWC member Tammy Alvarez. When not busy with MWC’s finances, Ivan and Marlene spend time with their daughter and granddaughter (at one time 4 generations of her family lived under one roof). Marlene and Ivan can also often be found sailing in and out of Solomon’s Island, MD, on their 35 1⁄2 foot sailboat. Marlene is truly MWC’s “Six Million Dollar Woman”! 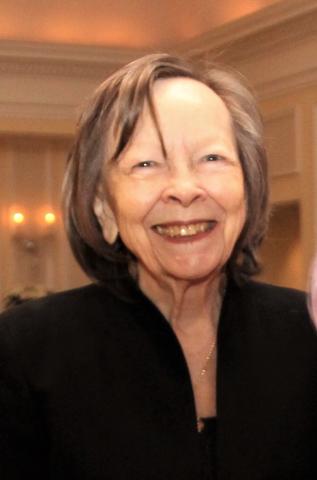