The Metropolitan Washington Chapter of ARCS Foundation, Inc. (ARCS/MWC) will be hosting its 48th annual Scholar Awards Reception sponsored by The American Institute of Aeronautics and Astronautics (AIAA) on the evening of Thursday, October 12, 2017. We are most grateful for the generous support from AIAA as sponsor.  Given AIAA’s strategic commitment to engaged learning of math, science and engineering skills from pre-school years through higher education, we sincerely appreciate their partnership with ARCS. Their generosity is a resource to support our scholars, our events and our community outreach. It is a valued testimony to the impact of our joint efforts.

ARCS/MWC is honored to welcome John Mather, PhD as the 2017 Keynote Speaker. The proceedings will be held in The National Academy of Sciences Great Hall and Auditorium, Washington, D.C. Dr. John C. Mather is a Senior Astrophysicist in the Observational Cosmology Laboratory located at NASA’s Goddard Space Flight Center, Greenbelt, MD. He is also the Senior Project Scientist on the James Webb Space Telescope (JWST). He received a bachelor’s degree with Highest Honors in physics from Swarthmore College in Pennsylvania, and obtained a doctorate in physics on Cosmic Microwave Background Radiation from the University of California, Berkeley that involved building a balloon-borne far infrared interferometer. As a National Research Council postdoctoral fellow at the Goddard Institute for Space Studies, New York City, he led efforts to propose the Cosmic Background Explorer mission (1974-76).  He also built a microwave receiver, which was tested at the McDonald Observatory in Texas and the Navy Maryland Point observatory, that successfully observed SiO maser emission at 43 GHz, which had never been seen before. In 1976 he joined the Goddard Space Flight Center team as a Study Scientist (1976-88), Project Scientist (1988-98), and also the Principal Investigator for the Far Infrared Absolute Spectrophotometer (FIRAS) on the Cosmic Background Explorer (COBE) working with Rainer Weiss, Michael Hauser and George Smoot. Dr. Mather and the COBE team showed that the cosmic microwave background radiation has a blackbody spectrum within 50 parts per million (ppm), confirming the Big Bang theory to extraordinary accuracy. After COBE Dr. Mather’s research focused on developing new mission concepts, and currently the James Webb Space Telescope.

Dr. Mather has served on advisory and working groups for the National Academy of Sciences, NASA, and the National Science Foundation for the Atacama Large Millimeter Array (ALMA), and the Center for Astrophysical Research in the Antarctic (CARA). As Senior Project Scientist (1995-present) for the Webb telescope, Dr. Mather leads the science team, and represents scientific interests within the project management. As winner of the 2006 Nobel Prize for Physics, chosen by the Royal Swedish Academy of Sciences, Dr. Mather shares the prize with George F. Smoot of the University of California for their work using the COBE satellite to measure the heat radiation from the Big Bang. Dr. Mather was born in Roanoke, Virginia (1946) and is married to Jane Hauser (1980), no relation to Michael Hauser. 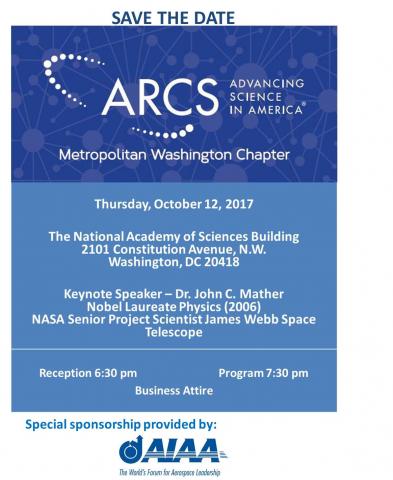