John Hickey was one of five Johns Hopkins University (JHU) engineering students were recently named Siebel Scholars for 2019.  This annual award recognizes nearly 100 of the top graduate students from universities across the nation who are studying in the fields of business, bioengineering, computer science, and energy science.

The JHU newsletter stated that "Hickey, a PhD candidate at in the Department of Biomedical Engineering, has received numerous awards, including $20,000 from the Johns Hopkins Idea Lab competition to implement public health campaigns in Baltimore and a $25,000 grant to assist teams in commercializing their research. He is vice president of the nonprofit MEP and created the mobile app T-crunchto increase student feedback in academic classes. He has received NIH, NSF, and ARCS Foundation, Metro Washington Chapteraward to engineer biomaterial artificial lymph nodes and cells for immunotherapy.

Passionate about teaching and community outreach, Hickey has taught at Towson University and at Johns Hopkins, where he created and taught three undergraduate and master's-level immunoengineering courses and served as a teaching-as-research fellow. He mentored 12 students, and together they produced eight publications and 31 presentations with multiple research awards. 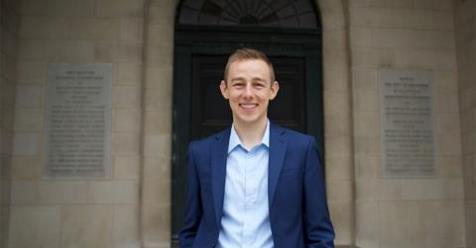