SUNEEL I. SHEIKH, PH.D.
2002-04 ARCS Scholar at University of Maryland

Suneel I. Sheikh is the CEO and Chief Research Scientist of the Advanced Space Technology and Research Laboratories (ASTER Labs), Inc., as well as co-founder of the company in 2004. ASTER Labs is a technology development and research firm that specializes in advanced solutions for space, air, terrestrial, and medical applications. Dr. Sheikh created the company, in part, to operate as a bridge between the progressive, high-grade research at universities and the rapid development cycles of the aerospace industry.

Before returning to pursue a doctoral degree, Dr. Sheikh worked in the aerospace industry for ten years. Dr. Sheikh first worked for the Martin Marietta Corporation in their Titan IV launch group, concentrating on vehicle guidance analysis. He subsequently worked for Honeywell Inc. at their Honeywell Technology Lab, primarily on research of aerospace vehicle inertial navigation systems (INS). This research focused on designing software and hardware for prototype navigation systems, including those that integrate inertial measurement units and Global Positioning System (GPS) sensors. His GPS research included aircraft landing systems and GPS attitude determination for spacecraft and aircraft. He holds several patents in these areas, and is a recognized leader in GPS technology. Dr. Sheikh’s final Honeywell program was with NASA on the Space Integrated INS/GPS (SIGI) system, which is an operational navigation system on board the International Space Station.

The Ph.D. dissertation research study that Dr. Sheikh investigated was on the use of X-ray celestial sources, including pulsars, as navigation aids for spacecraft. This research was made possible by a significant two-year scholarship he received from the Achievement Rewards for College Scientists (ARCS) Foundation. These X-ray navigation – XNAV – and X-ray timing – XTIM – technologies were the basis for the development of several programs by DARPA and NASA on the subject, and has become a world-wide topic of deep space navigation research. Dr. Sheikh also supports the development of ASTER Labs’ commercial Orbitus ED and Aptus products, designed as educational tools for engineering, physics, and astronomy students written in MATLAB to display satellite orbits, orbit transfers, rendezvous, vehicle attitude, and generates usable data associated with these trajectories and maneuvers. Dr. Sheikh also pursues research in the development of sensors for terrestrial personal and medical navigation, which can eventually be utilized by surface exploration astronauts.

Dr. Sheikh is an active member of several professional aerospace societies, including the Institute of Navigation (ION), the Royal Institute of Navigation (RIN), and the American Institute of Aeronautics and Astronautics (AIAA) where he is an Associate Fellow. He is on the Board of Directors for the American Astronautical Society (AAS). Dr. Sheikh has numerous publications, and often serves as a conference session chairperson. He is also a member of several astronomical societies, including the American Astronomical Society (AAS) and the International Astronomical Union (IAU). Dr. Sheikh currently serves as the Outreach Chair on the Board of the North Star Section of the ION, where he runs the ION’s annual Autonomous Snowplow Competition. He holds a Ph.D. degree from the University of Maryland in Aerospace Engineering, and a Master of Science degree in Aeronautics and Astronautics from Stanford University, with an emphasis on spacecraft dynamics and control. He graduated with a Bachelor of Aerospace Engineering and Mechanics and a Bachelor of Mathematics from the University of Minnesota, Twin Cities. Dr. Sheikh is an avid pilot and aircraft owner. 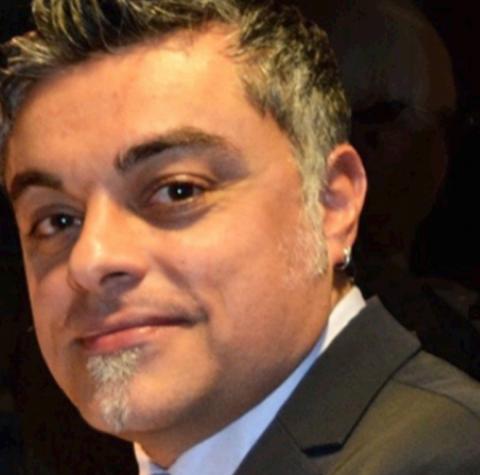