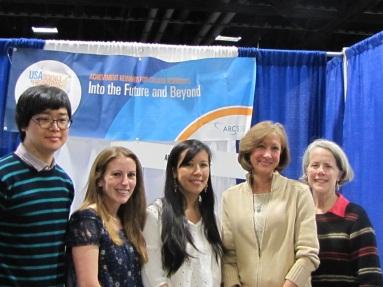 What do you have when you combine enthusiastic ARCS-Metropolitan Washington Chapter volunteers,  energized chapter scholars, and 3,000 other exhibitors? You have the 2nd annual USA Science and Engineering Festival Expo! The 3-day event attracted over 150,000 visitors of all ages, many of whom were quite intrigued by the hands-on activities presented by the 10 chapter scholars.

Similar to the 1st annual USA Science and Engineering Festival in 2010, ARCS-MWC was once again a proud partner of the festival, whose primary goals were to excite kids about Science, Technology, Engineering, and Mathematics (STEM) topics.  The key founding partners of the Festival are Lockheed Martin (Global security company headquartered in Bethesda, MD, with over 126,000 employees worldwide) and Larry Bock (entrepreneur who supported early stage growth for over 40 companies in the life and physical sciences).   Dr. Ray O. Johnson, Chief Technology Officer of Lockheed Martin, has been a key advocate for the Festival, stating that “Lockheed Martin is proud to again be the presenting host of the USA Science and Engineering Festival.  As a nation, we must recognize the importance of science, technology, engineering and math education for our security and economic strength.  Student success depends on cooperation and collaboration of industry, educators, policy makers and families.”  Larry Bock has stated that the Festival’s goal is “to inspire the next generation of innovators.”[1] He adds that “While the US is struggling with unemployment, the irony is a lot of companies are struggling to fill vacant engineering positions due to lack of qualified applicants.”[2] The compelling aspect of this story is how it portrays a current, ongoing parallel to a similar state of events more than 50 years ago that propelled the founding of the ARCS Foundation after the launch of Sputnik.

ARCS-MWC participated in several ways. One, three members of the chapter were selected to participate in the “Nifty-Fifty X2.” This program was designed to send speakers out to schools to inspire students about STEM and also to relate how they themselves became interested in and involved in STEM activities. The three chapter members were Mary Snitch (nominated again for this honor by Lockheed Martin), Mary Cleave (former astronaut) and Kathie Olsen (former chief scientist for NASA and former Deputy Director of NSF).

ARCS-MWC chapter also signed up to host a booth in which energetic chapter scholars presented hands-on activities to visitors of all ages during the Expo. The ARCS-MWC 2012 committee, chaired by Elizabeth Nesbitt, not only organized the scholars who volunteered to present but committee members also volunteered for 1 or 2 2-hour “shifts” to help the scholars and to field inquiries from the large crowds! Enthusiastic committee members who “manned” the booth included (alphabetically after the listing of the President and the President-Elect):  Angie Delaney, Lynn Dillon, Sally Burns, Karen Finkbiner, Terry Holmes, Alice Laning, Karen Meyers, Elizabeth Nesbitt, Toni Schierling, and Imogen Saunders. 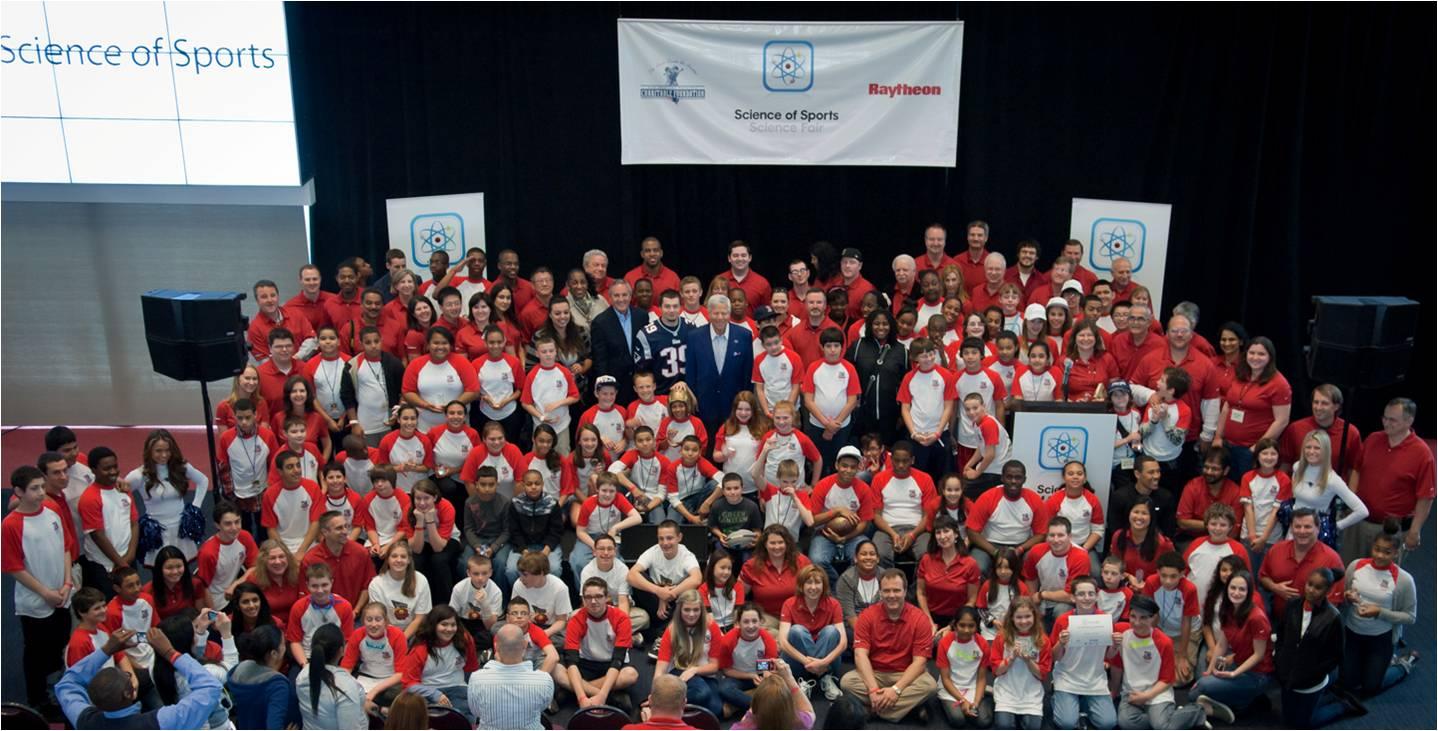 Raytheon Company - Investing in the Next Generation of Scientists, Technologists, Engineers and Mathematicians

The U.S. Department of Labor projects that there will be 2.5  million new job openings in science, technology, engineering and math (STEM)  by 2014. Raytheon Company is committed to developing a pipeline of talented  individuals with an interest in STEM and has invested in STEM education  initiatives through the company’s flagship program, MathMovesU. The program's  goal is to create the initial spark, inspiring students’ interest in STEM  disciplines early, and then keeping that spark alive and enabling students to  pursue and excel in STEM opportunities and careers. MathMovesU supports  students and educators through Hands-on Math, science and engineering  activities, scholarships and grants, professional training, mentoring and  tutoring programs. As part of their outreach, Raytheon has partnered with  Disney to create the Sum of all Thrills, a theme park experience where guests  can design and engineer their own virtual roller-coaster ride. MathMovesU has  reached over 1400 students and teachers in over 500 schools nationwide and  contributes over $2 million annually and over $60 million since the programs  inception. To date employee giving and matching grants have generated more  than $7 million to education.

Raytheon’s commitment to STEM extends to the ARCS  Foundation who shares a common mission of advancing science and technology  through education. Raytheon is a proud sponsor the ARCS scholars who are  dedicated to research and achievement in science and engineering.

Raytheon Company - Investing in the Next Generation of Scientists, Technologists, Engineers and Mathematicians